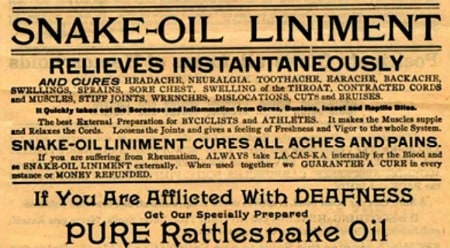 “You can fool some people some time, but you can’t fool all the people all the time”  –        Bob Marley (quoting Abraham Lincoln)

There is good bullsh*t and bad bullsh*t.

Bad bullsh*t is the way my dear son sounds when he’s trying to cover up some misdemeanour. His logic is flawed, his emotions are transparent and he cannot maintain the fiction for very long (bless his cotton socks!)

Good bullsh*t, on the other hand, is the way my (seven going-on seventeen year old) daughter (seven going-on seventeen year old) reacts when she’s been busted. Picture the scene: ‘someone’ has written her name in indelible ink on her own bedroom wall, in her own handwriting, at a time when no one else was around, and yet the way she feigned confusion when confronted about it still got me doubting myself. Maybe it had been there all along? No, snap out of it Kola. Don’t fall for those big eyes again! She’ll make a great lawyer one day, just like her daddy. 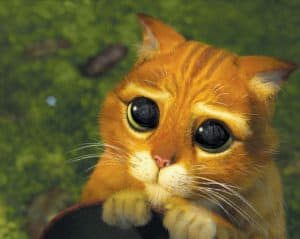 Bullsh*t is an art!

Convincing half the country that you’re going to build a ‘big beautiful wall’, and that ‘Mexico’s gonna pay for it’ – now that’s seriously impressive Grade A (Trumpian) bullsh*t. But Bill Clinton telling the world that ‘I did not have sexual relations with that woman’ in the face of indisputable facts and DNA – well, that one just stunk the place out.

So, what’s the difference? What makes one statement credible, and another one unbelievable? And how can we learn from the skills and techniques of politicians and snake-oil salesmen (they’re not always the same thing) without actually having to sell snake oil?

“Rubbish. I never have to bullsh*t!”, I hear you think.

Really? Never been slightly under-prepared for a meeting? Never been on the wrong side of the argument with your partner but refused to concede? Ever had a kid ask you a question to which you didn’t know the answer, but you didn’t want to show your ignorance?

If we are honest, bullsh*t is a necessary skill for every adult, so stop kidding yourself and read on!

Here are my Top 5 Steps on how to convince others when you don’t really know what you’re talking about, otherwise known as the art of bullsh*t)

Confidence is everything. (The ‘con’ in ‘con artist’ stands for confidence). Confidence buys you latitude, and the benefit of the doubt. Confidence gets you into that exclusive club as you walk straight up to the bouncer at the front of the line with a look of entitlement, whilst the others stand in line in the rain wearing their nerves on their sleeves.

When you know that what you have to say is unimpressive or just plain wrong, say it with gusto and there’s a very good chance that people will buy into it.

Speak with authority and chances are no one will pull you up on it because their subconscious thinking will go something like this: “Boy! That doesn’t sound right, but she’s speaking so confidently about it, maybe she’s right. Either way, I’m not gonna make myself look like an idiot by challenging her and being proved wrong”

No half measures; no apologies. Commit and commit fully. Give it 110% (as every X Factor contestant likes to claim).

In the bullsh*t game, confidence is king.

Con artists convince by their marks by hiding their central lie within a well-constructed structure that has the ring of truth. Ironically, the truth is actually a very powerful mask if you’re looking to hide a big lie within it.

I don’t advocate bare-faced lying. It always ends badly, and contrary to popular opinion (because of legal dramas like LA Law) we lawyers really don’t lie.

What the good lawyers and great bullsh*t artists do have in common is an innate ability to hide the false premise of what they are saying within a logical and truthful construct, making it almost impossible to spot the inherent flaws in their arguments. 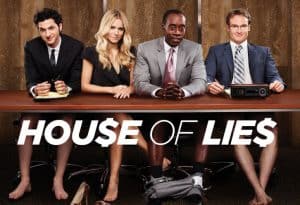 It’s the verbal equivalent of burning incense at home to mask the smell of wet dog. It works best if you also hide the dog.

If you really do have to tell a lie, don’t make everything a lie. Instead speak 95% truth and they won’t then notice the 5% untruth within it.

Did you know that 69.7% of investors hearing a startup elevator pitch will base their decision to invest on statistics about the business’ revenue growth?

Sounds like a real fact, doesn’t it? But it’s completely made up as I sit here in bed writing this article. Yet somehow you still question whether it mightn’t still be accurate.

There is power in statistics. They trigger our innate respect and appreciation for science and mathematics. Use them whenever you can to give you an air of expertise. A good trick is to use specific numbers like 69.7% instead of round numbers like 70% – it just sounds more authentic.

4) Tell them what they want to hear

Flattery is a great trick of the bullish*ters and what greater flattery than to make someone feel smart? They’ll love you for it.

If you can work out what people already think or believe and reflect that back to them but in your own words, they’ll accord you high status. ‘Now there’s a guy that knows what he’s talking about!’ they’ll say to themselves, and you sail away with an enhanced reputation.

Neuroscience now shows that it is our emotions, not our reasoning, that governs our decision-making. Basically, we find reasons to justify the decisions we want to make, rather than making decisions that are justified because of sound reasons.

Like my decision to buy a new PS4. Sure the old PS3 was starting to freeze, but it probably still had a good year left in it. But I wanted the PS4 and so I justified it to myself: Its on sale. It comes with a free copy of Call of Duty Infinite Warfare. It’s nearly Christmas!

The advantage this presents for the bull sh*t artist is that it means you don’t have to bother with reason where you know you have no rational justification for the position you are advancing. Bypass the whole logic thing and appeal straight to their emotions. That’s why despite Trump’s wall being projected to cost about a billion dollars to build and maintain, and Mexico showing no sign of agreeing to pay for it, the people still chanted “Build that wall! Build that wall!” He trusted that appealing to their emotional concerns about immigration would trump logic – and boy, was he was right!

So there you are: how to convince other people when you have no idea what you are talking about. Then again, it could all just be my own bullsh*t.

p.s. When you talk about your business, you definitely can’t afford to talk rubbish. Here’s my Free Elevator Pitch Guide to download.