How to structure your speech to make a mighty impression 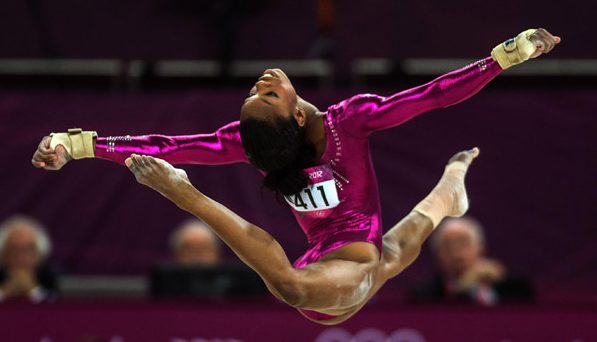 It was Dale Carnegie (legendary author of the seminal guide ‘How to win friends and influence people’) that gave us this piece of public speaking wisdom about how to structure your speech:

Sounds great on paper, and middle managers the world over have followed this formula with decent enough results, so that it has become as ubiquitous as using PowerPoint in every presentation (don’t get me started on PowerPoint!).

But with all due respect to the great Carnegie, a man, who probably forgot more about public speaking than I’ll ever know, his advice is just wrong… or at the very least, outdated.

Martin Luther King did not inspire a people with “I’m going to tell you about my dream’… Now here’s my dream‘… and finally, let me remind you about the dream I had the other day”.

Even in this modern era of soundbites and short attention spans, it never pays to hit your audience over the head with the same point over and over again. Public speaking research shows  that people retain only 10% of what you say shortly after you have said it – no matter how often you repeat yourself.

As the late great Maya Angelou reminded us:

So, here is a much more effective structure for your next speech that will help you make a mighty impression on your audience. It works for keynote speeches, business presentations, elevator pitches, client meetings and more – and we’ll do it with the help of Olympic winning gymnast, Gabby Douglas (a personal hero of my budding gymnast daughter).

How often have you heard a speaker begin with something like…

“Hello ladies & gentlemen, my name is John Smith, and I’m so happy to be here…” or the erstwhile favourite “I’m not really used to public speaking so please forgive me if I make some mistakes…”

The instinct to begin your speech with mild platitudes is often irresistible.

Still, you must resist because you really do not get another chance to make a first impression.

A speech opening, much like the start of a gymnast’s floor routine, must engage.

Don’t apologise or make excuses for yourself, however nervous you feel. You probably don’t even need to introduce yourself (people usually already know who you are if you’re up there speaking).

Just begin on the front foot.

Try a thought provoking question about your subject, a shocking statistic, a poignant quote, or an interesting anecdote.

Your aim is to capture their attention so they become receptive to your message, because before you can persuade, you must engage.

For example, Martin Luther King opened his speech with: “I am happy to join with you today in what will go down in history as the greatest demonstration for freedom in the history of our nation.”  With this simple yet grand pronouncement, the context for his dream was set.

Once you have their attention, you want to lead your audience towards the main body of your speech.

Like the gymnast taking her run up before launching into the flips and rolls, your introduction is the set up before the substance. Here you can explore the issues, set the ground work, and frame the context for the rest of the speech.

In Churchill’s speech, he used his introduction to outline the perils and urgent dangers facing the nation at the time, before then detailing the resilience of the British soldiers.

This is the heart of your speech, where you give the substance.

It is also the most dangerous part of your speech because this is where most speakers lose their audience with mind-numbing detail that serves little purpose other than to fill time.

Like our gymnast delivering her intricate turns and tumbles, this is the point at which you either score points or lose the game.

Keep in mind that the sole purpose of this main body is to support the overall message you want your audience to be left with and the conclusion that you are building up to.

For this main body, you must keep these three factors in mind.

1) Direction – be sure that you are actually heading somewhere with the points you make, and not just speaking for the sake of speaking.

2) Variety – don’t just say the same thing in the same way several times. Add some variation. Think laterally. Can you draw on different points and alternative factors to support your premise?

3) Momentum – keep things moving forward and your audience will stay with you for the whole journey. If it seems like you’re ambling around searching for a good point, they’ll be lost.

In his famous speech, this is actually the point at which Martin Luther King set out his dream. Read the transcript and you’ll notice how varied were the examples of that dream.

This applies even more with business presentations, which can quickly go stale without good momentum.

And now for the grand finale.

This is where Churchill promised that ‘we shall fight on the beaches’, where Martin Luther King  declared ‘Let freedom ring’, and where Emmeline Pankhurst of the Suffragettes called for ‘Freedom or Death’.

Like the gymnast delivering her final and grandest set of somersaults, your conclusion will often be the highlight of your speech.

Be clear before you start your speech, on what one message you want your audience to remember, then deliver it here.

This is the very last thing you say to your audience.

Like your opening, it should be meaningful rather than bland.

Like the final affirmative pose of our gymnast, try to round off your speech in a way that feels satisfying to your audience.

If you can reflect your opening in some way (another quote, a different statistic, a concluding anecdote), this will give your speech balance, which will be psychologically appealing to your audience.

We saw how Martin Luther King started his speech (on the theme of freedom), so no surprise that he ended with that same theme: “Free at last, free at last, thank God, Almighty, we are free at last”.

This then is the modern day speech structure:

So, I’ll finish by telling you what I just told you: Dale Carnegie was wrong. Gabby Douglas was right!