7 Most Memorable Moments from UN Conferences 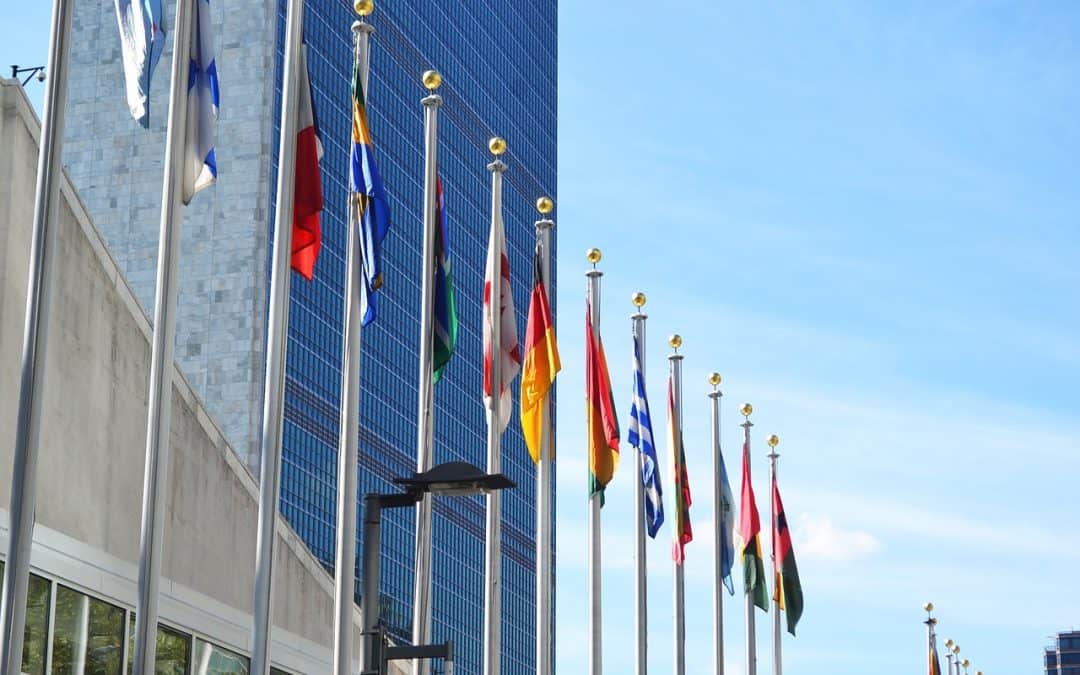 The annual gathering of Heads of State for the UN General Assembly in New York this week stands as a reminder of the power and importance of debate and dialogue in life and politics.

Under the rules of the UN all Presidents, Monarchs and Prime Ministers are entitled to attend regardless of world public opinion; and once up on the iconic green marble podium these often eccentric and colourful characters have an essentially unfettered platform to propound their world views in the sure knowledge that the cameras are rolling and the globe is listening.

This year’s most memorable moment featured the use by Israeli Prime Minister, Benjamin Netanyahu, of a cartoon like drawing of a bomb, and a red marker pen to symbolise the danger of nuclear proliferation in Iran and the red line that must be drawn to stop it.

Technically all speakers are given 15 minutes to speak but since the rule is never enforced, it is more often honoured in the breach than in the observance. Still at 4 hours and 29 minutes, Castro’s first speech at the General Assembly was the longest on record and tested that rule to its limits; particularly as it featured typically fiery Communist rhetoric, lambasting American imperialism as well as this famous insult to JFK:

”Were Kennedy not a millionaire, illiterate, and ignorant, then he would obviously understand that you cannot revolt against the peasants.”

The Ugandan dictator was a controversial and colourful character at the best of times, but he caused considerable commotion when during his speech to the assembly, he compared Edward Heath, the then Prime Minister of Great Britain to Hitler (intended as a compliment). Though he then clarified that he actually meant to compare him to Churchill, the headlines had already been written.

In 1974 the Palestinian Liberation Organisation was controversially declared the official representative of the Palestinian people and Yasser Arafat was given the rare honour of addressing the General Assembly as a the first representative of a non-governmental organisation. But his appearance became most memorable for coming to the podium sporting a gun belt and holster (though it is said he removed the gun beforehand) and brandishing an olive branch saying:

“Today I have come bearing an olive branch and a freedom-fighter’s gun. Do not let the olive branch fall from my hand,”

There was no particular reason to pay attention to the speech of the Venezuelan President Hugo Chavez following, as it did, a day after that of US President George W. Bush, but he opened with possibly the most unique insult ever delivered from one head of state to another, declaring when he got to the podium:

“The devil came here yesterday, and it still smells of sulfur still today”

Recently, Chavez has revised his damning assessment of the US Presidency, magnanimously stating that since Obama’s election, the smell of sulphur had dissipated.

Though it is difficult to remember it now, there was a time when many of the most respected politicians in the world openly advocated the invasion of Iraq. A significant contributor to that agenda came from the speech of Colin Powell to the UN Security Council in 2003, when after laying out an apparently authoritative account of Iraq’s stock of chemical weapons, he famously held up a small vial that he warned could contain anthrax.

Recollections differ as to whether in truth Soviet Leader Nikita Khrushchev did actually bang his shoe of the table, but legend has it that frustrated with a litany of accusations by the delegate from the Philippines about Soviet aggression and imperialism in Eastern Europe, Khrushchev first banged with his fists, then to greater effect with his right shoe to interrupt the Philippine.

The disruption was so serious that the chair called an adjournment to the meeting.

Khrushchev reportedly later remarked: “It was such fun”

Though not a speech to the general assembly, 12 year old stunned the world into silence with a short but powerful address at the 1992 UN Earth Summit, imploring delegates to save the world for their children.

Though scant recognition or respect is generally paid to children invited to speak to adults, it is noticeable how attentive, even transfixed all the delegates are during this emotional and heart-tugging speech.

Best of all, she spoke with the passion of a child rather than trying to sound too adult and as result her speech resonated was said to have brought the world to silence for 5 minutes.