The mad genius of Donald Trump (or how to talk complete cr@p and still get people to love you). 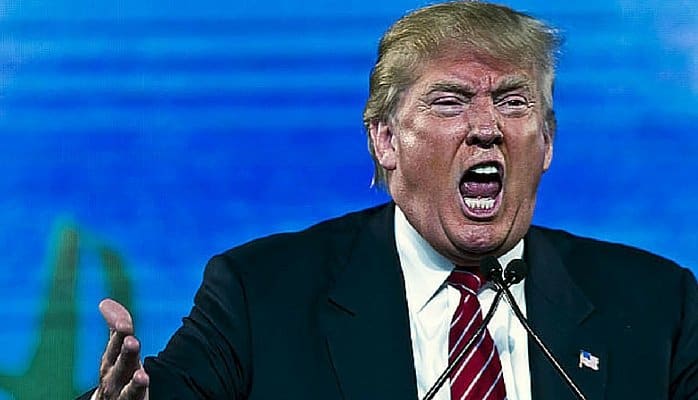 So, let’s get the easy stuff out of the way first. Donald Trump is a moron!

Most of what he says makes absolutely no sense; much of it is deeply offensive; and some of it is downright dangerous – allegedly (I’ll be saying that a lot just in case the Donald’s lawyers are reading this so just assume everything I say is prefaced by the word ‘allegedly’

He has labelled Mexicans as rapists and promised to build a huge wall along the border to keep them out. He’s mocked the disability of a reporter, threatened to ban all Muslims from entering the country (so the poor teens of Tallahassee would be deprived of the pleasure of former One-Direction’ singer Zahn Malik’s next tour); and promised to order the murder of the families of terrorists. He is routinely condescending to women and once suggested that Hillary Clinton couldn’t satisfy America because she could not satisfy her husband – all allegedly, of course!

Trump is twice divorced, has bankrupt 4 companies (how on earth do you bankrupt a cash cow like a casino business?) and during a presidential debate, he bragged about the size of his manhood – although to be fair that might impress a leader like Putin, who probably puts a lot of store in the size of the Presidential pecker.

He’s a sexist, misogynist, xenophobic dinosaur and not a very smart one at that – err… allegedly.

And yet, despite all that, he is hugely popular in America (allegedly), winning primary after primary, and as at today (8th March 2016) he is odds on favourite to win the nomination of the US Republican Party – that’s the party of Abraham Lincoln – putting him just one juicy Clinton scandal away from the White House.

How is it that a man so flawed, who says such vile things (allegedly), can still command so much attention, dominate the media and force an entire country to hang on his every word? Love him, loathe him or just think he’s a low class, low intellect, low life (allegedly, I suppose), one thing for certain, you just can’t ignore him. And the more you attack him, the more his popularity soars – at least with his target audience.

The answer lies in the paradox of public speaking – it is not what he says, it’s how he says it; and it’s not what audiences hear, it’s how audiences listen.

Research shows that whilst the left side of our brains handles reason and logic, it is actually the right side of our brains (responsible for creativity and invention) that we use to make our decisions. Basically, we make up our minds about something and then retrospectively justify our decisions with reasons – like when you see a dress or gadget that you know you can’t afford but end up buying anyway, and then think of reasons to convince yourself that you needed it.

The most successful speakers understand this conundrum of communication and tailor their public speaking accordingly.

They understand that if you want to truly connect to people, you must first and foremost capture their emotions, then worry about the logic afterwards.

So, when you analyse Trump’s style of speaking in that light, suddenly his continued popularity in the face of his stupidity, sorry Donald, alleged stupidity, makes perfect sense.

When Trump says he’ll kill the wives and children of terrorists, his opponents immediately point out the complete illegality of this ridiculous proposition, but his supporters and target audience just hear a man promising to do whatever it takes to protect his country. Then when he does a complete u-turn on it after the military basically told him they would disobey such orders, his supporters didn’t see inconsistency and lack of credibility, instead they praise him for his flexibility.

In this modern age of insipid politicians unwilling to say what they really think, Donald Trump excels at one of the qualities that audience’s value the most: authenticity.

Whatever you think of the man, you cannot deny that he says what he thinks. He shoots from the hip, doesn’t mind criticism, and happily courts controversy.

(You may not want to be like Donald, but worthwhile downloading my free checklist with my tips on ‘how to communicate with authenticity’)

In poll after poll, Trump’s supporters proudly profess their love of the Donald because ‘he tells it like it is’.

Donald Trump is his own man. He says what he thinks, whatever that happens to be, and however inane. He has cultivated and to some extent perfected the impression of a man willing to speak plainly and honestly, to tell the truth and shame the devil, and his supporters love him for it.

This is an incredibly powerful public speaking quality.

And if you don’t believe me, lets do a simple comparison test with a man on the complete opposite end of the public speaking spectrum, David Cameron, who typically will not express a thought without first running it through a focus group.

Between Donald Trump and David Cameron, who is most likely to

I’ll bet your answer to every question was Donald Trump.

And that’s why his people love him. I stress his people, because that is the other key skill that Trump has in spades. He knows his people, he understands his audience so he speaks their language (whatever language it is that far right Tea Partyists speak nowadays).

The best speakers know their audience, their hopes and dreams, their thoughts and fears. They instinctively grasp their wants and wishes and know exactly what to say to connect with them where their hearts are.

Donald Trump is a mad genius. He’s daft and dangerous (allegedly), dogged and determined, and he knows exactly what he’s doing.

Speaking authentically, and telling it like it is, frees you up from worrying about saying the wrong thing, making mistakes, or even talking complete cr@p, because you know your audience isn’t listening to the facts, but connecting with the sentiment.

And at this, Mr Trump is a master, because he really does make mistakes, talk all sorts of nonsense, but still his people love him wholly and completely for it.

Be afraid. Be very afraid.

I don’t recommend you believe a word he says, or be suckered by his eccentricities, but Trump is true to himself and if you want to be loved by your audience, so should you be.

(I’ve got a free checklist to download with 7 tips on ‘How to communicate with authenticity’).

See you next blog post, or as they say in Donald Trump supporter heartland – y’all come back you hear!