Why Donald won, why Hillary lost, and what we all need to do now 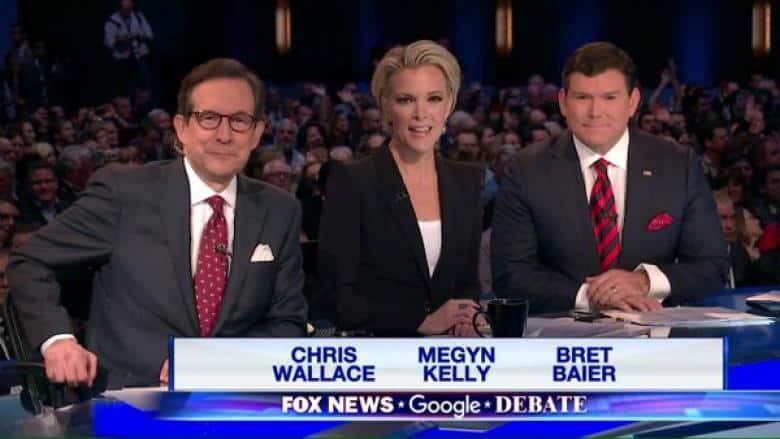 And the next President of the United States of America…Donald J Trump!

Are you shocked? You are not alone.

The media, the pollsters, the pundits and the news outlets read the mood of the nation spectacularly wrong – all except (as it turns out) for Fox News.

What? Fox News? That right-wing bastion and promoter of extremist conspiracy-theory laden nonsense? That rag-tag, hotch-potch of charlatans masquerading as journalists? Yes. The very same. So, hold onto your shock for just one moment, and let me tell you a story.

It was the day after the Brexit vote, and I, like many others, sat in shock at the result.

The media, the pollsters, the pundits and the news outlets had read the mood of the nation spectacularly wrong. Sound familiar?

And so, unsettled by my apparent ignorance of the true feelings of more than half the nation, I resolved from that moment on, to be more disciplined not just about keeping an open mind, but to actively seeking out and forcing myself to listen to the thoughts and views of those that disagree with me. And so, with the next big political decision on the horizon (the US elections), I held my breath, downloaded the Fox News App from the App Store, and logged on.

In the modern age it is quite ironic that for all the numerous tools that make it easy for us to communicate, we have in many ways become less communicative with each other. We watch the news outlets that give us news in the way we like. We read the papers that share and reinforce our own assumptions (The Guardian for lefties, The Mail for those on the right). Our social media feeds show us only the thoughts and views of friends, people will follow, and the pages we ‘like’.

In short, we have all become accustomed to hearing and listening to only one side of every argument. Ours! And that’s the problem.

When we are not accustomed to listening to others, we start to believe our way is the only way. We become less open, less tolerant, less respectful of each other. Instead of benefiting from the mind-expanding value of meaningful debate, we talk at, about and past each other, but never to each other.

And so, determined not to make the same Brexit style twice, I watched Fox News!

Fox News, if you haven’t watched it before, is everything your preconceptions think it is… on the surface.

There is undoubtedly a whole load of crap spouted on there.

There is a highly disturbing (and slightly racist in my view) antipathy towards Barack Obama whom many on the channel routinely describe as the worst President that ever lived (OK he ain’t no Abraham Lincoln but really? The worst? So we’ve forgotten our history now? Warren Harding? James Buchanan? George W Bush?

But once you burrow through that nonsense, you begin to spot the attraction, and some of the very reasonable, very intelligent, authentic and astute reporters amongst the twits (of which there are many).

Journalists like the brilliantly forensic Chris Wallace (moderator of the third Trump/Clinton debate) and the cut-to-the-chase highly articulate Megyn Kelly (who famously clashed with Trump during a Republican primary debate) are gems, who just happen to lean to the right.

And the value of listening to the other side?

It was on Fox News that I first heard rumours of an impending big surprise (which turned out to be the FBI announcing the re-investigation of Clinton’s emails). It was through their reporting that I learnt that a CNN debate moderator had leaked expected debate questionstto the Clinton camp in total breach of the debate rules and ethics. It was on Fox News that I saw how and why educated women and informed Latinos explain why despite Trumps many offensive remarks, they still wouldn’t vote for Clinton.

Being willing to listen to the other side helped me understand the competing arguments and opinions that lay behind the otherwise inexplicable disdain for Clinton.

Suddenly, it was easy to understand why Trump had a real shot at winning the thing, despite his bombastic, inane, and often idiotic statements.

Whether intuitively or deliberately, Trump had the ear of his people. He tapped into the deep emotions and frustrations of vast swathes of the country (and not just the rednecks, racists and hillbillies though he had those too). Throughout the election, one poll remained startling and most relevant: The Rasmussen Reports consistently showed that 60 – 70% of likely voters thought the country was on the wrong track.

Trump heard their words, sensed their feelings, and milked their disaffection.

Like all the most successful leaders, he learnt to use what he heard to reflect people’s emotions straight back to them. It didn’t work for everybody clearly. More than half the country didn’t vote for him. But it worked for enough of the people he needed. They heard his words loud and clear, because he was speaking their words.

As a speaker, your words are at their most powerful when they tap into the inner thoughts and feelings, hopes and desires of your audience.

Most speakers try to guess at what this is. Many think they know it instinctively and so don’t even bother to make a point of listening. And that is where they fall down.

In the ensuing discussions I had with Trump supporters both in person (because there are apparently some here in the UK) and online, because I had listened to and watched Fox News, I was much better equipped to respond to their points. We had better discussions and richer arguments because I was able to avoid the usual judgmentalism that I and most others of my persuasion, have for the other side.

When you then analyse the two big political shocks of the past few months, Brexit and the Trump victory, you start to see a pattern.

On the one hand, the Remainers and the Clintonites talked down to a vast tranche of the electorate – Cameron called them Little Islanders, and Clinton referred to them as the ‘basket of deplorables’; on the other hand the Brexiteers and Trump learnt to talk their language ‘lets take back control (for Brexit) and ‘Make America Great Again’ (for Trump) both tapping into the common frustrations of the ‘little people’ who felt that globalisation, elites and establishment figures were steadily destroying their security.

Rightly or wrongly, whether you see it as representation at its finest or lowest common denominator opportunism, the simple difference between the victory for one and defeat for the other is that one side listened and the other did not. One side heard and the other preached.

Listening is the trait of leaders – as even Trump and Obama are now discovering.

If you listen to your employees, you will likely be able to manage them better.

If you listen to your customers, they will be more loyal to you than your competition.

If you seek out and listen to the real views of your audience, you will be able to speak their language more fluently and command their attention more fully. They will call you a truthteller, and therefore be more willing to think, feel, or do what you ask.

Listening is the new speaking. It is the key to compassion and common ground. It is the not-so-secret secret to saving the world. And we all need to do more of it.