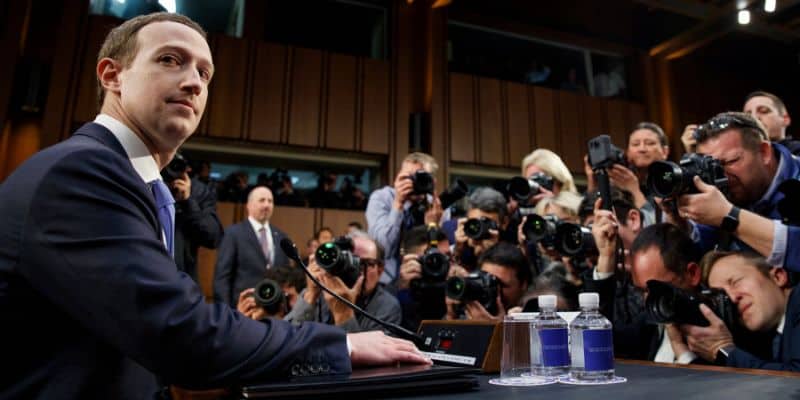 Hate public speaking? You are not alone! Study after study confirm that public speaking remains our single greatest fear, even higher up in the list than death!

Console yourself. It’s normal and to prove it, here is a list of 10 famous people who suffered from presentation anxiety just as much we all do. 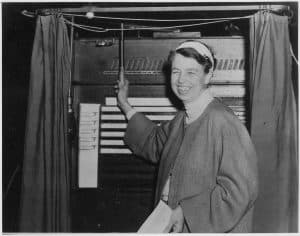 Shy, retiring and perceived as unattractive, Eleanor Roosevelt became a public figure by default of being the wife of the US President, FD Roosevelt. She proved that you can overcome your obstacles by dint of sheer will and persistence, as she became a celebrated and much in demand speaker and writer. 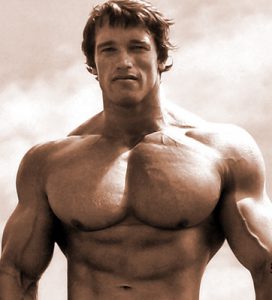 Here’s another guy, whose story of persistence is so compelling, I had to write about it in my own article ‘What can a monosyllabic cyborg teach us about public speaking?’

When Arnold Schwarzenegger first went to the US, he could hardly speak a word of English, and certainly wasn’t a charismatic presenter. He knew very few phrases, and as a complete unknown outside of body building, he couldn’t rely on celebrity to buy him the unquestioning adulation of his audience. But instead of shying away from the microphone, he sought out every opportunity to speak in public, making gradual improvements, focusing on ‘little victories’ and visualising himself as a great speaker. Step by step, little by little, he transformed himself from a one-dimensional Terminator into a charismatic Governor of the wealthiest state in the United States, California. 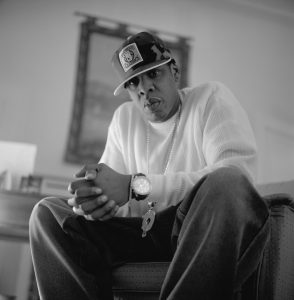 He had 99 problems and it seems that stage fright was one of them (at least in the early part of his career).

Describing his coping mechanism, Jay Z explained that the ‘bravado is an act of, ‘I am so nervous right now, and I’m scared to death. I’m going to act so tough that I’m going to hide it. And I have to grab, you know, my crotch.’ That’s just what happens.

Looks like Jay Z and Beyonce have even more things in common (se below). 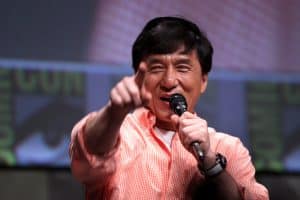 Jackie has broken just about every bone in his body as he does all his own movie stunts. The man is fearless… at least until it comes to needles and public speaking. 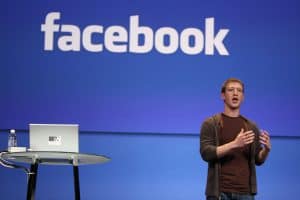 You are super smart, the founder of one of the most valuable companies in the history of the world, and you pretty much single-handedly popularised the world of social media. You would think that would make Mark Zuckerberg one of the most confident speakers out there.

But he ain’t. At a 2015 conference when Zuck on stage being was peppered with questions about Facebook’s privacy policy, he was described as “literally dissolving in a lake of his own sweat”.

He has improved measurably since then. I guess ‘comments’ do have an impact. 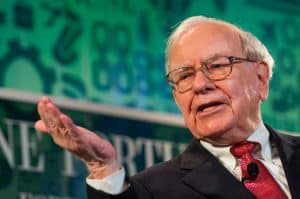 The Oracle of Omaha is one of the most quoted men on earth when it comes to investing and business. But Warren is also great for quotes on public speaking.

Warren has admitted to being terrified of public speaking. But unsurprisingly, he refused to let his fear defeat him. He took the famous Dale Carnegie public speaking course, which led him to speak one of my go-to Warren Buffet quotes:

“The one easy way to become worth 50 percent more than you are now at least is to hone your communication skills–both written and verbal.” 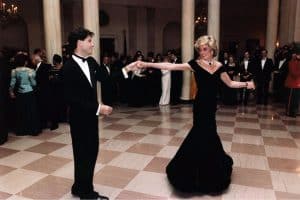 The head tilt and that coquettish smile were certainly endearing, but they hid deep insecurities, especially when it came to public speaking.

Her voice coach, Stewart Pearce, once recalled how Diana “knew that her voice was a voice of submission, not a voice of triumph. She wanted to find that”. Fortunately, she was willing to do the work so that before her untimely death, she had grown from a painfully shy young girl, into a confident humanitarian Princess able to articulate her thoughts and beliefs without fear. 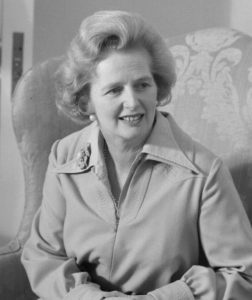 That was what the Iron Lady would say to herself to get up her courage to face her many public speaking duties. But she also knew the value of that fear because she understood that “the energy you derive from it gives you more courage to press onward with what you have to say”.

That is exactly the way to think about your public speaking nerves. Use them as fuel to give you the energy to speak with passion. 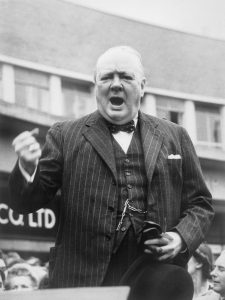 When we think of Churchill, we remember his great speeches of World War II that galvanised the country and the allies. But it was not always that way. Churchill struggled with a speech impediment and reportedly froze unable to speak more than a few words on his maiden speech in the House of Commons.

As Winston himself entreated us 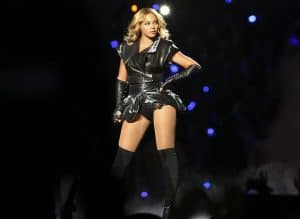 You and I know Beyonce as Queen Bey. Fearless, uber-talented singer, songwriter, producer, actor, and all things Queen.

But as her father once admitted “I would never have Beyoncé up here public speaking. She’s not good at it”

In fact, to deal with her general stage fright, Beyonce invented her alter ego character, Sasha Fierce. And it is Sasha that strutted out confidently on stage to thrill her millions of fans. 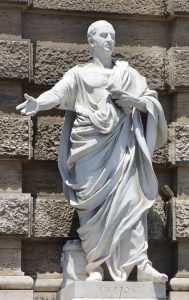 One of the most famous orators in human history, Cicero was the Roman equivalent of JFK and Steve Jobs rolled into one.

And yet, the famous politician was no stranger to the fear of public speaking

“Personally, I am very nervous when I begin to speak. Every time I make a speech I feel I am submitting to judgment, not only about my ability but my character and honour”

I know how he feels! 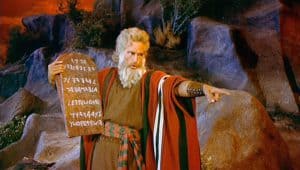 Forget the Charlton Heston movie version. The real Moses got so nervous about public speaking, he asked God to send his brother Aaron in his place.

The Bible records Moses begging and pleading with God, saying, “Pardon your servant, Lord. I have never been eloquent neither in the past nor since you have spoken to your servant. I am slow of speech and tongue” – Exodus 4:10

Luckily, his fears didn’t stop him being a leader to his people.

So, there you go. 12 famous people that struggled with public speaking way more than you do.

p.s. when you are ready to start working on your public speaking and communication skills, book in for a free Strategy Session with me.