How to be funny in a speech (when you’re not that funny in real life). 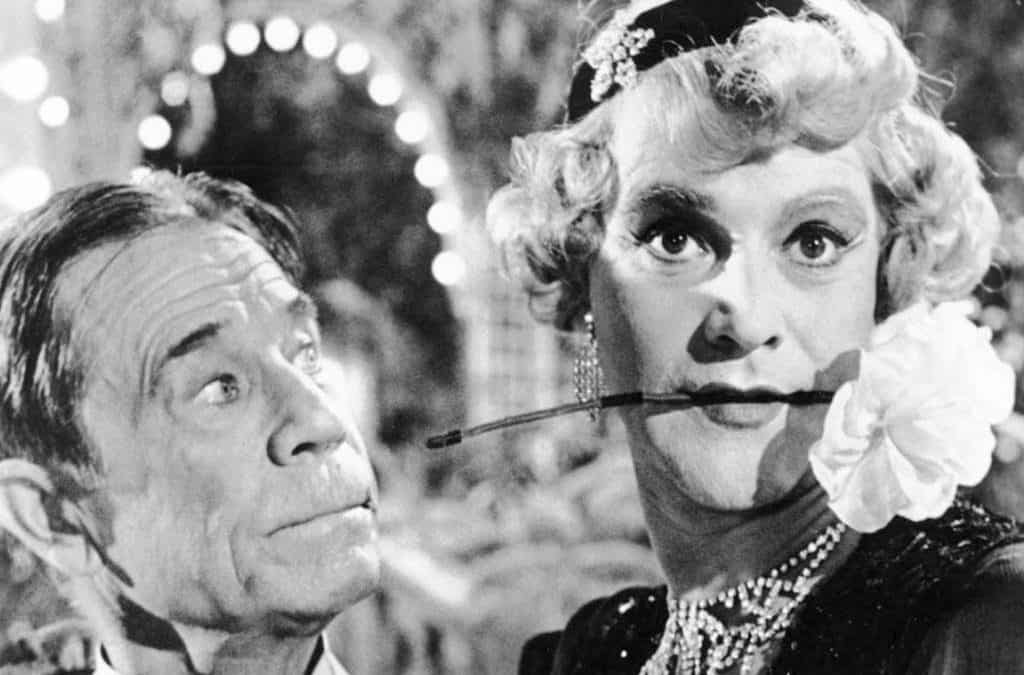 According to a Hertfordshire University study, this is the funniest joke in the world.

“Two hunters are out in the woods when  one of them collapses. He doesn’t seem to be breathing and his eyes are glazed. The other guy whips out his phone and calls the emergency services. He gasps, “My friend is dead! What can I do?” The operator says, “Calm down. I can help. First, let’s make sure he’s dead.” There is a silence; then a gun shot is heard. Back on the phone, the guy says, “OK, now what?”

Hmm. OK, once you’ve finished laughing, picked yourself up from the floor and wiped away those tears of laughter, lets examine the subject of humour.

There is no lonelier place on the planet, than on stage after a bad joke.

It is possibly the single most painful experience for any public speaker.

Comedians know this, which is why they work so hard at their craft. Comedians aren’t funny in real life. Like any other profession, funny is what they do, not what they are. Comedians work and struggle just like the rest of us to be good at their jobs. Ellen, Jerry Seinfeld, Chris Rock – all the greatest comics write, rewrite and rehearse their routines with incredible care, diligence and attention to detail. They try out material for months, sometimes years in advance, on audiences – sifting out the stuff that doesn’t work, and doubling down on the lines that do.

So why, oh why, do so many of us as public speakers always assume that we can just shoehorn a couple of lame one liners (found on the internet) into a barely rehearsed speech, and get big laughs from our audience? This is guaranteed to fail every time, reminding us of the words of writer, Quentin Crisp:

if at first you don’t succeed, failure may be your style – Quentin Crisp

(If you’re pushed for time, you can download the Free Checklist of this article: Dos & Donts of giving funny speeches)

Being funny in a speech is hard to pull off. But like most hard things, with a little study, much practice, and a healthy dose of chutzpah, anyone can do it. So lets examine the anatomy of a joke in the next section helpfully called “Anatomy of a Joke”

Anatomy of a Joke

All comedy, whether a one liner, long anecdote, or even an entire movie, is basically comprised of two parts: The Set Up and the Pay Off (also known as The Punchline). 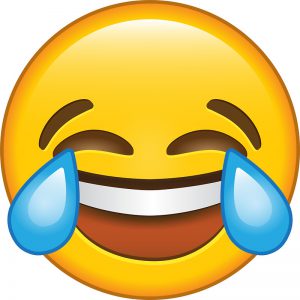 With the Set Up, you are setting the scene by giving the audience all the information they need to know so that they will be amused by the Pay Off.

2) Set Up: In the movie “Some like it hot” eccentric millionaire, Osgood Fielding III, spends the whole movie chasing Tony Curtis’ character, Jerry (dressed in drag pretending to be a woman).

3) Set Up: Dr Evil (Austin Powers) has been cryogenically frozen for 30 years, so when he meets his evil colleagues, he lays out his plan to extort the world for a huge sum of money.

4) Set Up (in the world’s funniest joke) The hunter dies in the woods and his panicking friend calls the emergency services.

The mistake that most public speakers make that leads to them giving unfunny speeches, is to concentrate all their effort almost entirely on finding that Pay Off, asking themselves ‘what’s the funny line that I can say here?’ Whereas the key to humour is to focus on creating a compelling Set Up so that the right Pay Off just reveals itself. 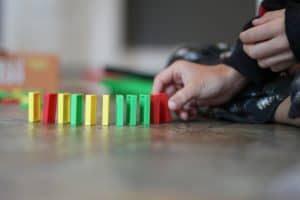 To create a great  Set Up:

2) Examine it from all angles looking for the surprising contradictions and unexpected anomalies within the subject.

3) Work out how you can exaggerate those contradictions and anomalies almost to the point of a humorous absurdity. Can you connect one seemingly unconnected topic with another? Can you take a particular approach that will highlight these funny contradictions?

The humour lies in those unexpected findings and exaggeration that are nevertheless real. It’s why you find yourself muttering ‘that’s so true’ through your tears of laughter when listening to a hilarious comedian nail her routine. It’s why a Best Man’s speech works best when it skates on the edge of decency by revealing just enough of the groom’s true nature to the audience (and the Bride).

When you work hard on your Set Up, the Pay Off comes pretty easily because the punchline that ties it altogether seems to reveal itself.

2) Pay Off: (Some like it hot) Tony Curtis finally comes clean and declares to millionaire Osgood,”I’m a man!” To which Osgood simply replies “Well, nobody’s perfect”

4) Pay Off: (The funniest joke in the world) The friend shoots his collapsed hunter friend. 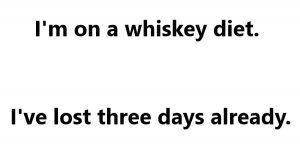 A very effective method of creating a compelling Set Up is to use a hook or theme that drives the narrative forward.

A great example is the ‘Shit’ sketch by Finnish comedian, Ismo Leikola.  In this hilarious skit, he talks about how he always though there was just one definition or meaning of the word ‘shit’.  But when he went to the US, he realised there were many more meanings like ‘you ain’t shit’, ‘I don’t give a shit’, ‘leave my shit alone’. Because he had found a great hook for the narrative, finding the humour was quite easy.

So, when you’re giving a speech about a serious subject like ‘How the Financial Markets work’, but you want to introduce a little humour to ease the way, consider what are the eccentricities of the financial markets? What parts make little sense if you stand back and look at it? What would your 8 year old son or your 80 year old grandmother make of the way traders?

Or giving a presentation at a small business forum, what eccentricities do entrepreneurs have? What challenges do they all face that you can highlight in a funny way? What mistake does nearly every small business make, which no one admits do, but every one knows?

This is where you’ll find your humour – in the careful analysis of the contradictions within your subject . Once you tap into that zone, a whole new world will open up and the Pay Offs will almost trip off your tongue.

Finally, a few dos and donts to send you on your way 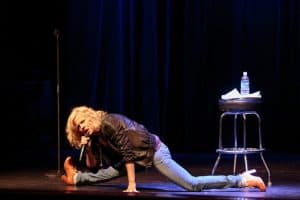 1) Don’t tell them you are going to be funny.

Anytime I receive an an email with the subject line: “This is funny”, I delete it. It never is. If you’re going to be funny, then be funny.  Don’t announce it.

2) Do have a purpose

As one of the greatest and funniest public speakers, the late Sir Peter Ustinov reminds us

Don’t make jokes just for the sake of making joke. Stay focused on the reason you are giving your speech, and use humour to help achieve that objective.

The best jokes are original. Your own material, born of your own experience will always be superior to something copied off jokes.com.

But originality can be hard. So, if you do have to use someone else’s material, approach it like Amy Winehouse covering the song ‘Valerie’ originally by the Zutons (bet you hadnt even heard of the Zuton’s version), and not like a teenage X Factor contestant doing yet another cover of Whitney Houston’s ‘I will always love you’ (which itself was a cover of Dolly Parton’s original song).

Put your own spin on it. Make it your own and it will feel fresh.

4) Do tailor your jokes to your audience

What works for a university fraternity will probably not work for an accountant’s convention. Lawyers love a good naughty joke (it makes us feel dangerous), but you should probably avoid sexist jokes if you’re presenting to the Women’s Institute.

5) Don’t take yourself too seriously

If you can make jokes at your own expense, you’ve got a far better chance of making your audience laugh, than if you are joking about someone else.

Never be afraid to laugh at yourself, after all, you could be missing out on the joke of the century – And Barry Humphries 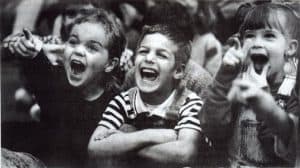 Go forth, and be funny!

p.s. Grab your slot for a 1 hour communication skills coaching call with me. It’s free and pretty transformative. Click here to book your slot.

“The session with Kola had a huge impact. He helped me tap into the passion that is central to my work and message. At an emotional level this showed me how I could start working with a different sense of authenticity, which would be founded upon a new level of confidence and commitment. The session really ‘gave the green light’ for me to tell my story in my approach so I could in turn create genuine impact the people I work with.” – Richard, Performance Coach

“The strategy session with Kolarele was great. In only one hour he was able to provide me with tools to work with to overcome some of my fears and improve my communication skills. I feel I have already made progress. I can only imagine what transformation will look like once we continue working together.” – Belinda, Co Founder

“Understanding how my presentation skills could be improved required me to understand my own long held inhibitions. Identifying this was both scary and enlightening, but seriously made me feel that I could give, not only a great presentation, but achieve my bigger goals. Thank you” – Yves, Marketing & PR (Embassy Liaison) Manager