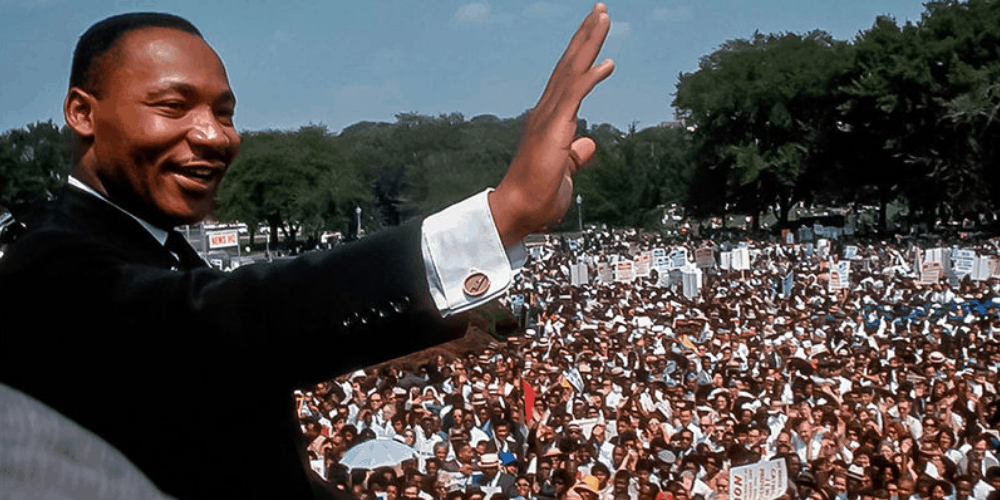 The I have a dream speech is a phenomenal speech. It is the seminal speech of the 20th century, and it has a legitimate claim to the title of greatest speech ever given (although my personal vote would go to Abraham Lincoln’s Gettysburg Address).

I defy you to read, listen, or watch that speech without welling up a little (or a lot).

Martin Luther King Jr was, without doubt, the greatest orator of the modern age. His rhetorical ability was second to none; and if YouTube had been around in ancient times so we could compare the speaking styles of the classical orators like Pericles, Cicero, Demosthenes, he may even be known as the G.O.A.T. (ie the greatest of all time). 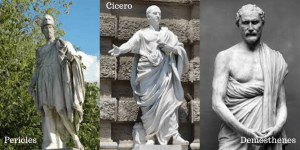 (Did you know that 65% of all speeches are poor or average according to research on audience perception? Here’s a Free Workshop you might like: Why most speeches suck and how to make sure yours won’t)

So, if the I have a dream speech is such an awesome speech, why exactly don’t you like it, Kola? (he asks himself his own question)

It’s not because there is anything wrong with the speech. Quite the contrary. The speech, as Mary Poppins might say, is practically perfect in every way.

No, my problem with this great speech is that in many ways, Martin Luther King Jnr does exactly the things that I constantly beg my students not to do. Rather than say more right now, watch the speech and then let’s chat afterwards.

Feeling inspired? Now let me tell you the 3 reasons why I don’t like the I have a dream speech.

For the first 12 minutes of this video, if you look carefully, you’ll notice that Martin Luther King Jr is reading from his text. The speech by this stage is good, solid, and at times deeply stirring. But it’s not quite uplifting. By Martin’s standards, it’s actually a little plodding. 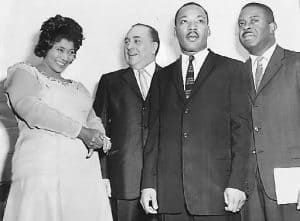 And then his good friend, the gospel singer, Mahalia Jackson, sensing that the speech wasn’t quite hitting the spot, shouted out to him “Tell ’em about the dream, Martin!” And that’s when it happened.

Realising that he needed to do more, he immediately switched tactics, ditched his script, and literally just made up the second half of his speech as he went along (although he had given previous sermons using the dream concept).

“I have a dream today…”, he pronounced and it’s from that moment that the speech really comes alive and developed into the famous I have a dream speech that we all know and love.

And therein lies my first problem with it.

Technically, what that means is that Martin Luther King had not prepared effectively. For whatever reason, he had misjudged the moment. He had written one speech when clearly a different speech was needed.

Martin could get away with it, of course.

But for the rest of us mere mortals, switching mid-speech without a pause to speak soaringly without notes in front of 250,000 people, is basically impossible. What can you learn from that example? It’s like trying to teach someone tennis by getting them to watch Roger Federer hit a running cross-court backhand lob in a grand slam final.

I don’t know about you, but I do not have a spare “I have a dream” type speech that I can just pull out of my pocket when my main speech fails.

For the rest of us, if we start badly, it just continues and gets worse.

One of the features that make the I have a dream speech so absorbing is the incredible use of rhetorical imagery bringing his concepts alive. He used phrases like:

Amazing articulacy. But again, Martin could pull it off. But, can you? I know, I can’t.
If I tried to speak like that, it would sound ridiculous. It would come across as pompous and pretentious because Dr King violated my second rule of public speaking, which is… Keep it Simple, Stupid! 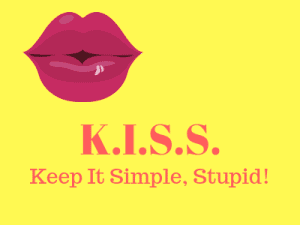 If language is too ornate or complicated it will leave your audience cold. Instead, your words should be simple, straightforward, and direct.
Sacrilegious as it may sound, unless you are a practised Baptist preacher, you are far better off emulating Donald Trump than Dr King!

Public speakers are lucky if they can fashion one good line out of a 20-minute speech. Well, the I have a dream speech is just packed full of zingers.

Each one of these lines by today’s standards deserves its own hashtag, meme, and Instagram quote pic.

And once again, Brother Martin could get away with this. He knew how to deliver each one of these lines in a way that kept it on the right side of corny and cliche.

To prove the point (with a slightly harsh example), watch a few minutes of a speech by Martin Luther King’s son. He’s doing the same thing his father did, but truth be told, it just doesn’t quite work.

Where Dr King’s words were rooted in a deeply spiritual philosophy that emerged from years of personal commitment and struggle, these politicians and business gurus have only one aim – to trend on twitter.

It’s not Dr King’s fault of course. Imitation is the sincerest form of flattery and he can’t be blamed for being so good that others want to copy him.
Nevertheless, because of him, too many speakers overreach, searching for that perfect soundbite that says it all, and ending up saying nothing in particular.
And yet, I still believe.
I believe.
I believe that one day every public speaker from the boardrooms of Bognor Regis to the lecture halls of Lagos will learn to use PowerPoint not as a Point of Principle but as a Purveyor of Persuasion.
I believe that one day all speechmakers from conference halls of Cairo to the networking breakfasts of Nepal will accept the universal truth of the maxim of public speaking righteousness: Keep It Simple, Stupid!
And when that glorious day comes to pass, all audiences will rise up in applause, shouting ‘Free at last, Free at last, thank God Almighty, we are free at last of all those cliches, one-liners, and boring speeches.
One day, Brother Martin. One day!