Five Ways to improve Emotional Intelligence (for cold-hearted emotionally challenged people like me!) 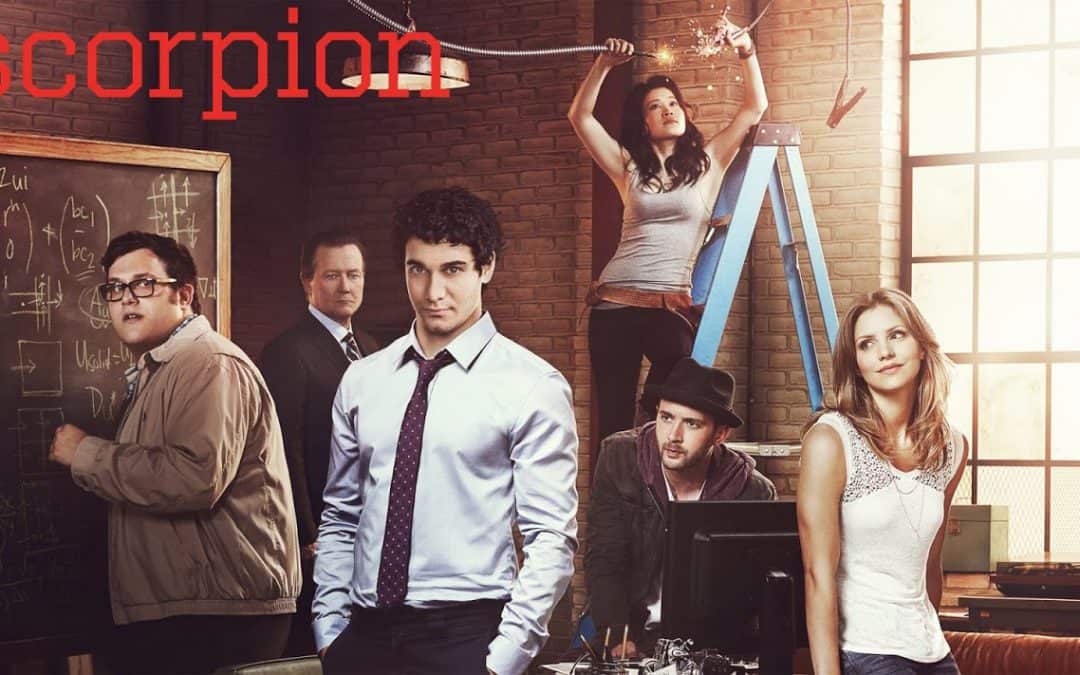 You are the head of your thing (for “thing” read in company, organisation, committee etc)

Your vision is clear and you’ve given great speeches and presentations about the future and what it means for everyone. It was beautiful (if you say so yourself). Perhaps you should even turn it into a Ted Talk one day.

Surely, nothing can go wrong now… and then one of your colleagues, who is less capable than you, nowhere near as smart as you, and definitely not as committed as you dares to speak up.

You: “What don’t you get?” you ask, your irritation already rising to the surface (this guy! always this guy!).

That Seriously Annoying Guy: “Everything!” (defiant)

You: What precisely? The chart? Seems pretty clear to everyone else. The statistics? I’ve dumbed them down about as much as it’s possible to go. The vision? What part haven’t I made clear?

That Same Moron: “Maybe it seems clear to you, but it definitely ain’t clear to me or anyone else”

You: “Really? Anyone else in the room feel the same way?”

You: (exasperated): See, what?

And on it goes heading nowhere productive very fast. Your moment of glory lies in tatters and everyone leaves the meeting feeling kind of soiled.

Emotional Intelligence (EQ) is at the opposite end of the spectrum to IQ. One does not equate to the other. In fact very often, one positively excludes the other.

It is basically the ability to recognise yours and other people’s feelings and use or engage those emotions to help achieve your objectives. 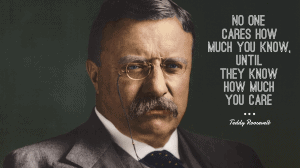 In another of my favourite TV series (apparently semi-based on real life), Scorpion, Walter O’Brien, leader of a self-proclaimed team of geniuses, realises that his academically brilliant team lacked one critical ingredient that prevented them from serving their clients effectively: Emotional Intelligence. Basically, they were a bunch of geeks with no social skills or emotional perceptiveness at all. It meant they just couldn’t function effectively, much less help their clients properly.

So, he drafts in waitress and single mum, Paige, to help them deal with the people part, so they can get on with the genius part. It’s…well… genius.

I’ve held a few leadership positions in my time and I can confidently say that my single biggest weakness and flaw, the thing that, more often than not, undermined my big dreams, was a total lack of emotional intelligence.

Here’s a few facts about me. Hands up if any of this applies to you too.

I was always a facts guy. I liked certainty, clarity, and precision. I believed reason should always prevail. There was a right and wrong way to do things, and no matter how painful the impact, the right way is always the right thing to do. 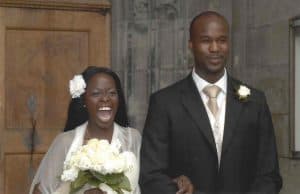 And then I became a leader, and I learnt that I had it all backwards. It’s the heart, not the head that rules. And then (honesty bomb!) I noticed that the heart over head thing applied in other places too, like with my kids and my relationship with my wife. She’s all fire, and I’m kind of ice.

So, if you’re a slightly emotionally challenged, somewhat cold-hearted leader, how do you improve emotional intelligence?

Here’s what I’ve learnt so far, though it’s still a work in progress.

1. Keep your own negative emotions in check

Someone says something kinda dumb. You know you have to watch your words. But what does your face do? How is your body language? What’s the tone of your voice when you respond?

You’ve heard the one about communication being 7% words, 38% tone and 55% body language. Although the research establishing those stats has been completely misunderstood (as well explained in this video), it is still very useful to remind us all that a huge part of how we communicate is through our tone and body language.

The first step to building your emotional intelligence is to gain control of your own negative emotions. However positive the words you use, if they are undermined by your tone and body language, the impact you cause, will be far removed from your intent.

Whatever you actually feel inside, don’t be judgmental and don’t let those negative feelings show or you’ll lose them before you’ve even said a word.

2. Put yourself in their shoes

This is easier said than done, but there’s a pretty neat trick that helps.

So, Mr Annnoying Guy has once again done something of such monumentally seismic stupidity that you wonder how he ever got to the position she is in now.

You would be well within your rights to lose it big time. But what if you knew that his Dad had had an accident that morning and he was finding it difficult to concentrate?What if, he had insecurities caused by bullying at school, which he had never quite managed to come to terms with? What if he is just intimidated by you and constantly underperforms because of it?

Before losing it over the apparent idiocy of another person, try completing the sentence “It must be tough for him to…” with a genuine possible reason e.g.

“He just made another big mistake. It must be tough for him to show up to work when his Dad is ill.”

“He’s late once again. It must be tough getting 3 kids off to primary school first thing before work”

“He never comes up with any suggestions. It must be tough having to report to someone who’s always criticising him.

Empathy is the hardest of all the soft skills. It involves putting yourself meaningfully in the other person’s shoes so that you can understand where they are coming from, instead of judging them.

Empathy is not to be confused with weakness. Just because you understand what someone is going through doesn’t mean you have to excuse poor performance. It just means you have better context to use to help them improve.

3. Address the emotion before the reason

Your instinct will be to deal with the problem head on and first up. Stop! Don’t! Remember that the heart rules the head. 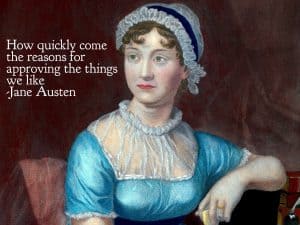 This technique works with anyone.

After years of battles with my kids over whatever issue of the day they happened to object to, it turns out that all I first need to do is to ask and listen to them about how they feel about the issue, then ask them to do it anyway – and all opposition just melted away.

Dad: Right, time for your homework

Dad: Why do you say that?

Daughter: Cos homework is really boring

Dad: Oh no. How does that make you feel?

Daughter: Just sad cos I have to do boring stuff.

Dad: I understand that. I used to find homework boring too. But you know it has to be done, right? 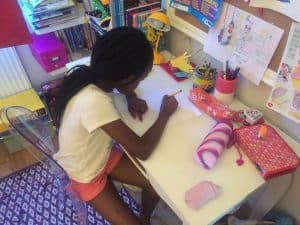 Dad: Well look. Let’s just get it done so it’s out of the way. You always feel better when you do some good homework.

And that’s it. Homework gets done. No tears. No shouting. And we might even get a bedtime story afterwards.

The technique is to diffuse the emotion by acknowledging and respecting it, and then moving beyond it.

You’ll have seen this same technique with politicians taking questions from the public. They first acknowledge the person (often by first name), then they’ll do the whole empathy ‘I feel your pain’ thing, then they’ll give some response that doesn’t really answer the question.

It’ll feel manipulative the first few times you do it. But it works, so you’ll get over that!

Vulnerability is an aphrodisiac.

It is powerful because it is disarming, and there is nothing more effective at getting people engaged and on side, than by sharing your intimate feelings and letting people see your human side.

Open up and embrace intimacy.

Pretend to listen intently, knowing we disagree completely. Then as soon as the opportunity presents itself, we interject.

“I hear what you’re saying, but…”; or “That’s a really great point and I agree with a lot of that, but…”

‘But’ is a bad word. It blocks and attacks at the same time. We all know when it’s coming and everyone hates hearing it.

Eliminate the word ‘But’ from your vocabulary!

‘Yes, but’ feels obstructive and negative. When you use but, it negates and undermines everything you said before it, no matter how positive.

What you say is: ‘You’ve had a great year. You’ve really improved, and the work you did for that client was brilliant, but you still need to improve your punctuality.’

What they hear is ‘You’re always late’

If you say this instead:

‘You’ve had a great year. You’ve really improved, and the work you did for that client was brilliant, and if also improve your punctuality, you’ll be due a promotion next year”

What they hear is ‘you’ve improved, you did great work for the client and once your punctuality gets better, you’ve got a good chance of promotion’

‘Yes, and’ feels positive and supportive. It’s one word, but it’s mighty powerful.

For some reason, as simple as this one is, it’s also the hardest. Listen out for how often you use the word ‘but’ in a day, and you’ll probably be pretty shocked.