The Power of Weakness (and why Superman needs his Kryptonite) 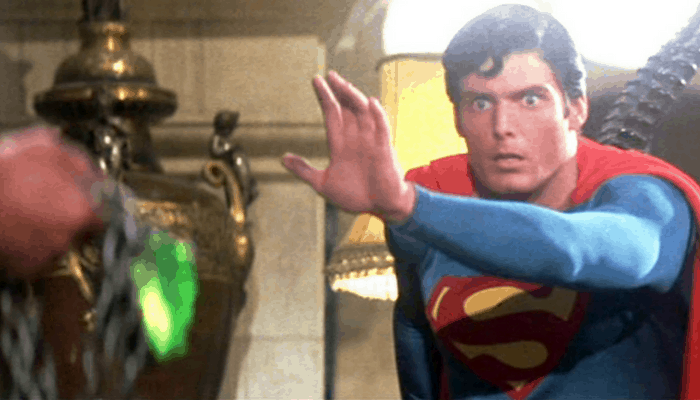 We all know the old adage: people do business with people they know, like, and trust.

Your products may be great. Your service may be excellent. But without great customer relationships, based on people that know, like, and trust you, any business will fizzle out in time.

(this week’s checklist: how to use storytelling to get people to like what you say)

Know: The getting people to know you part is pretty straightforward, especially in this modern age of universal communication. It is easier than ever to share anything and everything about ourselves to help people to get to know us. You can blog about your thoughts, live-video-stream about your ideas, podcast about your opinions, and tweet about your breakfast.

There are a myriad of ways we can connect with one another to allow people to get to know us. And if, like me, you are a little old-fashioned about things, there is always the option of just talking to people. 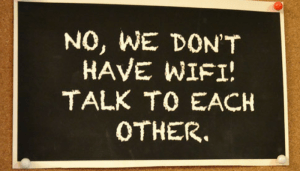 Trust: Even trust is fairly straightforward (not the same as easy) to earn. We learnt about trust as kids: keep your word; don’t lie; make your actions match your statements. It may be hard work, and at times it’s probably easier to cut corners, especially when we think no one is watching. But we know what it means to be trustworthy. In the business context it’s about being reliable and giving great value to your customers; and since I am by nature an optimist, I believe the vast majority of us are decent, honest, trustworthy people, just trying to do our best in the world.

Like : This is where it gets tough! How on earth do you get people to like you? Not just respect, not just trust; not just finding you interesting – but liking you, really liking you. 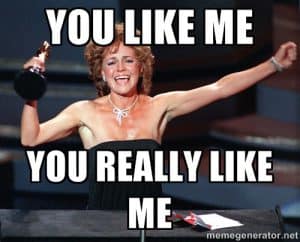 We can tweet all we want, blog every day, and be more honest than Honest Abe Lincoln, but getting people to like you, well that’s the million dollar question.

In 2012 tennis player Andy Murray fought an epic but ultimately unsuccessful battle with Roger Federer for the Wimbledon title. As much as the British public are great sports lovers, his surly nature and grumpy demeanour made him hard to love. The crowd were sorry that he had lost but secretly not hugely bothered. They were just picking up their things to head home.. and then he cried! 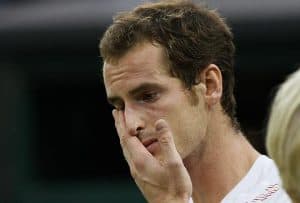 Hearts melted, ladies swooned, and Andy Murray has been the darling of the British public ever since.

In 1966 researchers in Minnesota University hit upon a counterintuitive psychological phenomenon. They discovered that if someone considered generally competent, made an unexpected mistake (in the experiment, it was spilling a cup of coffee) people actually rated them as more attractive and more likeable because of the mistake than they rated someone competent, who had not made a mistake. It’s called the Pratfall effect.

In short, as much we may all search for perfection, it is imperfection, that most resonates with us.

It’s why Andy Murray went on to win the annual Sports Personality Award; why, after tripping on the runway, the famously spiky model, Naomi Campbell, was briefly popular.

It’s why we appreciate symmetrical perfect architecture, but we fall in love with crumbling Mediterranean villas. It’s even why DC Comics made sure that Superman, that indestructible, ultra-honest, faster than a speeding bullet Superhero, could be hobbled by a small chunk of Kryptonite. They realised that unless Superman had a weakness, a flaw, some element of imperfection, he would not be loved.

Weakness is the new strength. Vulnerability is the new tough. Forget about presenting an aura of perfection and invincibility, if you want your audience to warm to you, show your human side.

And to show that I do try to practise what I preach (and I do tend to preach!), I’m a barrister and a decent enough public speaker. I’ve written books and even founded a tech company. If that was all people knew about me, they might think well of me, some might even be impressed. But would it make me likeable? Not so much. But when they find out that I sucked my thumb til the age of 10; that my first words in court were completely incomprehensible because of nerves; that I’m incredibly clumsy and break about at least 1 glass every month, typically it makes me a little more relatable and a little less distant.

To be liked, we have to be comfortable in our humanity, and proud of our errors and eccentricities.

It works in private life (my wife definitely seems to like me more when I’m wrong). It works in business (think about how people respected the business acumen of Bill Gates, but they adored the mad creativity of Steve Jobs). 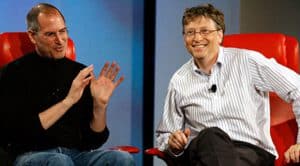 It works particularly well in public speaking where the best speakers are the ones that embrace their natural voice and personality – think about the whiskey-induced mumbling of Winston Churchill, or more pertinently, how Donald Trump’s bombastic gaffe-prone style commands so much more attention than Hillary Clinton’s rigid, disciplined approach. 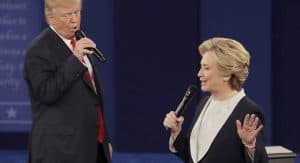 One of my own favourite persuasive communication experts, Bushra Ahzar of the Persuasion Revolution, is a foul-mouthed, outlandish, Pakistani mother, living in Saudi Arabia, with a blog full of spelling mistakes and podcast full of expletives. But she has raving fans, myself included.

Personality is superior to perfection.

Flaws are better than finesse.

If they know you, and they trust you, then be human, and chances are they’ll start to like you as well.

p.s. Be sure to join my newsletter to get my articles straight to your inbox and get my free storytelling checklist at the same time