5 counter-intuitive ways to win your next argument 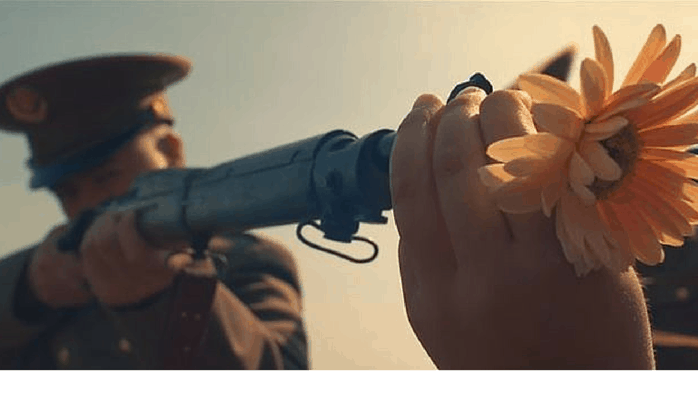 Secure in the knowledge that my wife doesn’t often read my blog posts, this is undoubtedly the most emotionally manipulative and underhand how-to guide (on how to win arguments ) that I’m ever likely to produce, so a couple of caveats before we begin:

1) Don’t share this with anyone you are likely to argue with.

2) Don’t mention my name as author (I’ll deny all knowledge).

3) And do not under any circumstances try this at home (not unless you are absolutely desperate, don’t mind being in the dog house for a few months, and are willing to sacrifice happiness for the glory of victory).

So with those warnings in mind, let’s first examine the issue.

An argument is not a debate. In a debate the two sides involved marshal their best points, then take turns in expressing them as articulately as possible. They listen attentively and respectfully whilst the other speaks, and submit themselves to the overall principle that truth and the best answer should always prevail.

Arguments work in the opposite way. 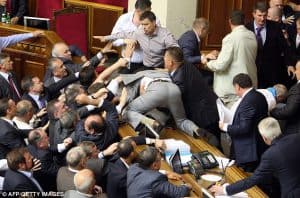 Yet despite its inherent destructiveness, still we just can’t resist a good argument.

For all the progress mankind has made on communication with new age social media tools, Ted Talks, and the Oprah Winfrey show, we still find ourselves locked in slanging matches over trivial issues, and trading insults and invectives with little purpose or benefit to either side.  We argue every day, and everywhere, at work, at home, in the supermarket, on the bus, with friends, with strangers, with managers, and juniors.   We argue even when we can’t remember what started the argument, and even though we can see that they are undermining teams, damaging companies, and destroying our relationships.

‘Can’t we all just get along?’ You may ask. Well, one day perhaps. But until that wonderful day, it pays to know a few tips and techniques to help you win your next argument in ways your opponent wouldn’t expect and so can’t prepare for:

In the most famous boxing match in history, Muhammad Ali suckered George Foreman by lounging on the ropes absorbing punches in the early rounds, only to strike with deadly accuracy once poor old George had punched himself out. It was later referred to as the Rope-a-Dope, and it works very well as a technique in arguments.

A simple but incredibly effective method of winning an argument is to simply give ground first on something meaningful, but not critical. This lulls your opponent into a false sense of security, making them lower their mental guard and dial down their animosity level. And that’s the moment you strike.

Go further and make yourself look like an unworthy opponent by openly conceding their ‘superior’ knowledge and experience on the subject. Instinctively, your opponent will begin to pull their punches (since most people don’t like to be considered bullies or pick on an inferior opponent). It’s why a trained soldier feels confused when faced with a hippie armed only with a flower.

Then when you sense that they have mentally relaxed and switched off, pounce on them with your best points.  They won’t be expecting it, and in those few moments, before they psychologically tighten up again, you’ll be able to press home your advantage.

It’s a sucker punch. The classic Rope-a-Dope. You win because they don’t see you coming.

There are few better masters of manipulation than FBI negotiators. They are trained to diffuse tense situations and change the minds of hostage takers and suicide jumpers – well, at least that’s how it seems in the movies.

Negotiators work through a 5 stage process to change the behavioural intentions of their targets, and you can use the same process for your arguments.

1) Active Listening  – don’t immediately respond with your own attack, instead let them speak uninterrupted, nod and make sounds or gestures of acknowledgement. With nothing to push back on, much of the sting of their attack will be drawn out.

2) Empathise – when you first respond, it’s not to fight back, but to show your appreciation (not the same as agreement) of their point of view.

3) Build Trust – once the fire has been dampened and they don’t see you as an enemy, you can now steer the conversation towards common ground. Get their buy-in on things you both agree on so that you build a sense of mutuality and trust.

4) Influence – now you can gently encourage them towards your point of view.

5) Change minds/behaviour – finally, having earned their trust and shifted their mindset, you should be pushing at an open door to actually change their minds and get them to agree with you.

Not too bad? OK, lets lower the tone then.

When you have no basis for an argument, abuse the plaintiff – Cicero

Sometimes, you’ll find yourself on the wrong side of the argument. You’re holding a losing hand, your opponent is making some great points, and there really aren’t any decent counterpoints open to you.

So, faced with near-certain loss, do you simply concede defeat? Of course not.

As Cicero (probably the greatest lawyer and orator of the Roman Empire) observed – when you’ve got nothing left to offer, just abuse your opponent!

Psychologically, our ability to communicate rationally is inversely proportional to our level of emotion – meaning the angrier we get, the less coherent we become.

So, if you know you’re losing the argument, make it personal. Shift the focus from issues of substance to issues of personality. For instance, try challenging your opponent’s motives. Throw in that they are only taking that point of view because it is in their personal interests to do so. There’s nothing more guaranteed to rile someone than attacking their integrity. It’ll put them off their stride, which may then open up a new line of attack to help you reclaim some lost ground.

Yep. That was one of the nastier ones. Can you go on? Here’s technique number 4:

4) Exaggerate their position and keep them there.

‘So if all your friends jumped off a cliff, would you follow them and jump off as well?’ Every parent will say something like this to their kids at some point.

As tired as that line now is, it follows an age old and still very effective approach of pushing your opponent’s position to its logical extreme in order to highlight its inherent flaws. (So, smoking behind the bike sheds because your friends were doing it, gets exaggerated to following them like a sheep and cliff-jumping to your death).

The real key though once you’ve set out that exaggeration is to then behave as though that extreme position is the actual argument your opponent is making. However much they insist, don’t let them revert back to their original more reasonable point, where they are stronger. Keep the discussion focused on that extreme position, highlight how ridiculous it is and force them to try to justify it.

If you’re lucky, they’ll get infuriated and as we know from Method #3, angry people don’t argue very well.

Of course, by far the best method of winning any argument is to have no argument at all. What if instead of your opponent battling and fighting you at every turn, he or she was looking for ways to agree with you? The Jedi Mind Trick (for the non sci-fi fans amongst you) is a reference to the ability of Star Wars Jedi Masters to implant thoughts and ideas into the minds of other people and get them to do what the Jedi wants because they think it is their own idea).

Assuming, unlike me, you don’t actually have superpower telepathic abilities, one way to do this is to give your opponent a self-interested reason to agree with you.

Find some benefits for the other person in the position that you are advocating and highlight these benefits early on. Steadily, as the idea works its way through their psyche, the strength of their opposition begins to melt away as self interest takes hold.

This is a particularly good one for work disputes.

Two employees argue about the best approach to a sales meeting with a client. They can’t agree. Then employee A suggests that her option would mean that half the work that employee B would need to do under his own proposal could be delegated to a colleague under her proposal, and that employee B would still get the credit for that work. Suddenly, employee B starts to see the light and even suggest ways to improve on A’s proposal.

It’s the ultimate art of arguing without arguing. Hard to do, but pretty effective if you can.

So, there you are. Underhand, stealthy, and ever so slightly evil.

But hey, I’m sure you won’t argue if they work for you.

p.s. You’ve worked on your website, your business card, and your brochure. But what about your Elevator Pitch? Be sure to download my Free Guide: 5 Steps to an effective Elevator Pitch