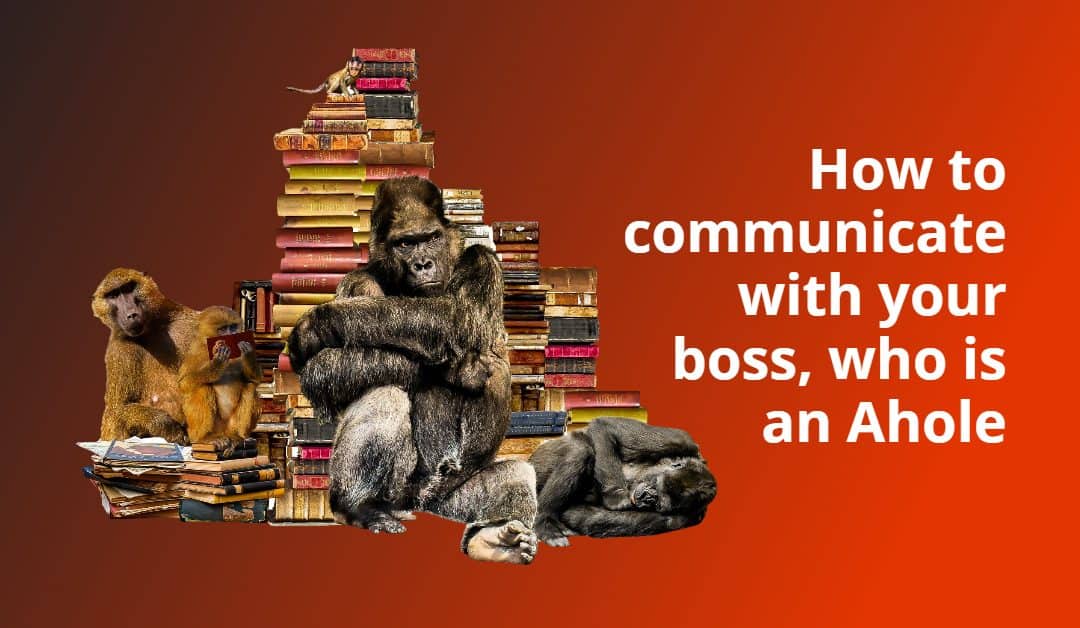 There’s nothing worse than a bad boss. Research suggests that 57% of employees have quit a job because of a bad manager.

But no matter how bad it gets, unless you actually quit that job, one way or the other you’ve still got to find a way to communicate with your boss even if he or she is a real Ahole. Oh, and for the record ‘Ahole’ is a generic reference. There are Ahole bosses of all genders, colours, creeds, industries, ages, and political persuasions. At some point in your life, you are pretty much guaranteed to be faced with an Ahole boss (even if you work for yourself like I do!).

So, once you finally come to terms with the reality that you cannot act on your private fantasies of waterboarding your supervisor, here is my take on how to communicate with your boss and get him/her on-side even if he/she is an Ahole.

Darth Vader was a terrible manager. With his inability to take criticism and penchant for casual strangulation of under-performers, his rule was based entirely on fear. No surprise then that no one in his team felt brave enough to point out the critical flaw in the design of the Death Star. I mean, come on. Someone in engineering must have known that the whole thing could be brought down by one well-placed missile, but you can imagine the conversation amongst the team: 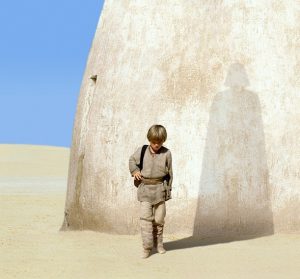 “I’m giving you a direct order.”

“You can shove your order where The Force don’t shine!”

And yet we know that deep within the inscrutable, psychopathic, serial killer exterior of Darth Vader, lurked an inner Anakin Skywalker Jedi knight with a good heart struggling to escape the dark side.

No one is a villain in their own story.

So, your first step in getting a nasty manager on-side is to get to know them better. You’d be surprised how many managers actually feel isolated, misunderstood and unfairly maligned (I’ve coached enough of them to have learnt this).

But we’re not just talking the obligatory ‘Hello, boss. How was your weekend?’ on Monday morning. Anyone can do that. Instead, you have to adopt a careful, concerted and comprehensive relationship-building strategy beyond the work context. As in, by the end of your campaign, if you don’t know your boss’ daughters favourite Disney cartoon character, you haven’t tried hard enough. What you’re trying to discover for your own benefit is: what makes your boss tick; what values they hold; what they like and dislike; how ambitious they are;  what gets them angry; what gets them energised; what their hopes, fears, and aspirations are.

The value of this approach is twofold. Firstly, you are connecting with your boss on a human level and it is much harder to treat someone badly when you relate to them.; secondly, it gives you information that you can then use to tailor the way you communicate with your boss for a better outcome.

It may feel uncomfortable, or even manipulative, but it matters, so don’t skip this step.

In the 18th century, Benjamin Franklyn (one of the USA Founding Father) found himself in a rivalry with a fellow politician. Instead of confronting his rival in a vain attempt to thrash out their issues, he simply reached out to him to ask if he could borrow a rare book from his library. The rival immediately agreed and later on Franklyn returned the book with a note of thanks. When they later met at Congress, they exchanged pleasant words, which they had never done before and eventually became lifelong friends.

The phenomenon is known as the Benjamin Franklyn Effect and it’s a kind of reverse psychology approach: the idea being that a person’s actions of kindness towards a person will shape their internal perception of that person ie “I do nice things for people I like. I did something nice for you, therefore I must like you”.

Reach out to your boss for a (non-work-related) favour that costs him or her nothing, but that has (or appears to have) a major benefit to you. It could just be the beginning of a beautiful friendship.

STEP 3 – Be an ally against a common enemy 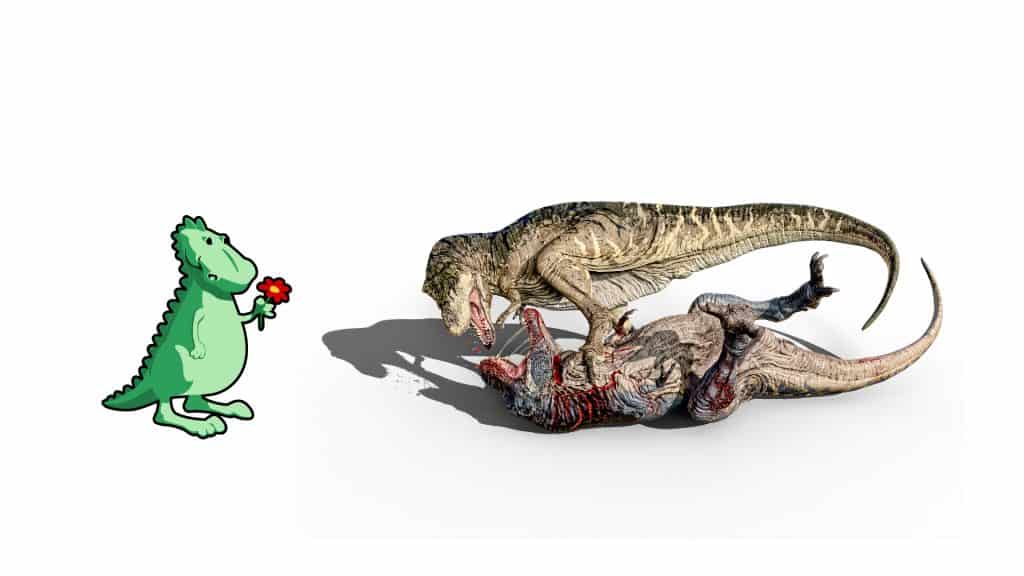 I didn’t promise every step would be magnanimous.

Following the old adage that ‘the enemy of my enemy is my friend’, sometimes all you can do to build a positive connection is to exploit a negative one. If your boss is an Ahole, chances are you are not the only one with whom he/she has a beef.

So, find that common enemy, and make yourself an ally by helping your boss gain an advantage. For instance, I once helped a coaching client get a yes to a new proposal from his manager, who was ordinarily one of those naysayers that vetoed anything that wasn’t his idea. By highlighting how this proposal would give his boss the edge over the leader of another department (with whom the boss had a fairly hostile rivalry), he put himself into his boss’ good books and bagged his first leadership role, heading up the new section.

It ain’t pretty or pleasant, but it works.

STEP 4 – Play the opposite game 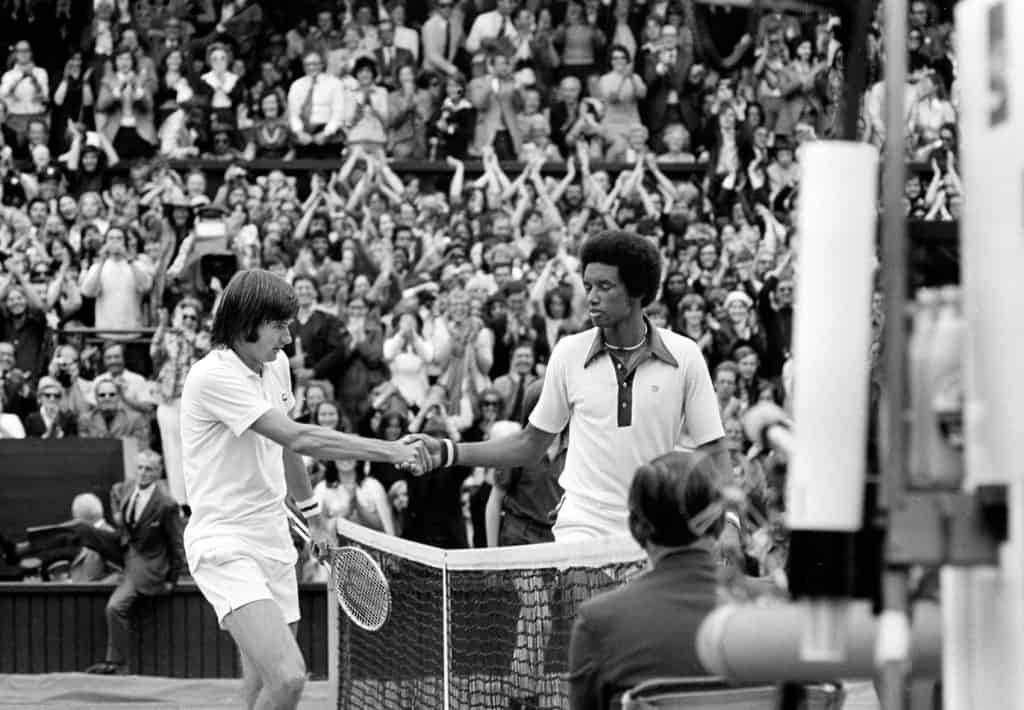 In 1975 Arthur Ashe met Jimmy Connors in the Wimbledon final. Ashe was considered and reserved. Connors was the loud, brash, hyper-talented world no. 1, who had been crushing every player in his way. He had won the tournament the year before, playing an unprecedented high octane, attacking style of tennis that his opponents were unable to cope with.  All the pundits predicted that would blow through Arthur Ashe easily. But Ashe had other ideas.

Instead of trying to out battle Connor, and feed into his pacy, aggressive style of tennis, he took the completely opposite approach. He slowed the game down, choosing to chip and lob and slice and dice. He bent his serve slow and wide instead of flat and straight. And it threw Connor off his game.

Ashe won a famous victory. It was the tennis equivalent of Muhammad Ali’s famous rope-a-dope tactic against the fearsome George Foreman.

Do what your boss doesn’t expect.

If she anticipates that you’ll object, do the opposite and comply. If he loves to send hostile emails, pick up the phone and reply with civility. When you know your upcoming appraisal is going to be used as an excuse to pick on your performance, go in with a list of your own mistakes and a ready plan to address them.

When you do the opposite of what an Ahole expects, it destabilises them and gives you the advantage. (The final rap battle scene in ‘8 Mile’ is a great example of this).

Steve Jobs was a visionary, yes!

But he was also a prize Ahole to work for. So much so that in 1985 his own board pushed him out of Apple, the company that he founded, in large part because of the way he treated people.

It was whilst in exile working with the brilliant creatives at Pixar, who were unafraid to stand up to him and push back with their own ideas, that he learnt some humility. When he returned to Apple 12 years later, he was a much better manager, building an awesome team that created a technological revolution with products like the iPod, iPhone, and iPad.

You owe it to yourself and your boss to push back. Sometimes that’s the only way to deal with a bully.  You gain begrudging respect and it changes the way you relate to each other after that.

It’s like the scene in ‘What’s love got to do with it’ where Tina Turner (played by the incomparable Angela Bassett) decides to finally fight back when against wife-beater Ike (the legendary Larry Fishbourne) hits her. After that, everything changed.

Sometimes, the only thing to do is to fight.

p.s. I’m coaching again! Reach out to me for a free 30-minute strategy session.